Important: For full functionality of this site it is necessary to enable JavaScript!

Are you looking how to travel to Morelia? Click here!

Morelia is a city in the north central part of the state of Michoacán in central Mexico. The main pre-Hispanic culture in Michoacan was the P'urhépecha, the major cities were Patzcuaro, Tzintzuntzan and Ihuatzio. After negotiations, Spanish took control of the area in the 1520s. Morelia's pre-Hispanic name was Guayangareo, but it was named Valladolid in 1541 by the Viceroy Antonio de Mendoza. The city became rival to the nearby city of Patzcuaro for dominance in Michoacan. In 1580, this rivalry ended in Valladolid’s favor and it became the capital of the colonial province of Michoacan. After the Mexican War of Independence, the city was renamed Morelia in honor of Jose Maria Morelos, who hailed from the city. In 1991, the city was declared a UNESCO World Heritage Site for its well preserved colonial buildings and layout of the historic center. 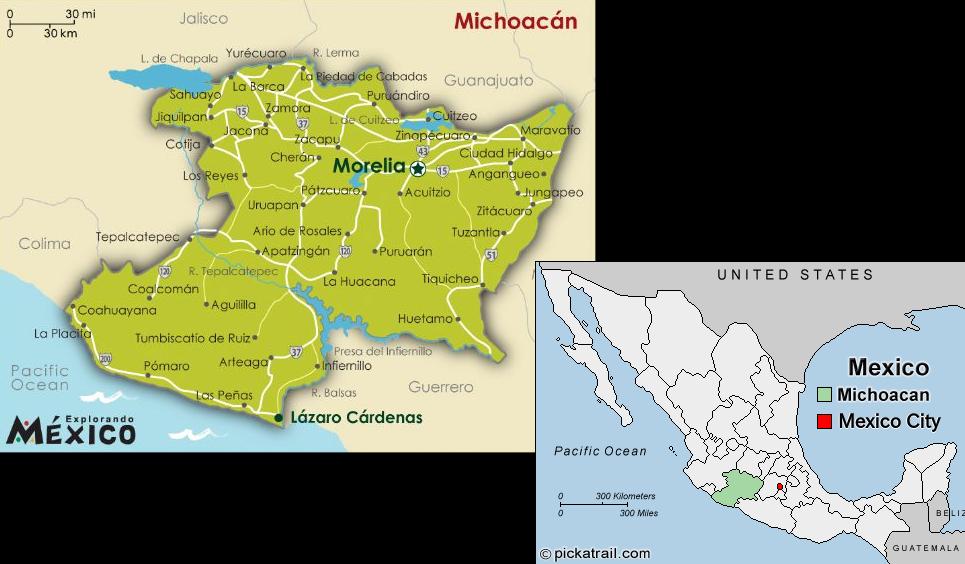 The climate here is between temperate and subtropical with medium humidity. Most precipitation falls during the summer rainy season. Average monthly temperatures are between 14 and 22°C, with maximum temperatures of 38.5°C in the early summer. Under the Köppen climate classification, Morelia has a Subtropical highland climate; with warm-to-hot days and cool nights year round due to its high altitude. During the meeting (October) the high, mean and low average temperatures are 25.5°C(77.9°F), 18.0°C(64.4°F) and 7.8°C(46°F), respectively.

Almost all of Morelia’s notable sites lie in its historic center, due to its history. This historic center is roughly equivalent to the original layout of the city when it was founded in 1541, and most of this layout has survived intact to the present day. Anticipating growth, this original layout had very wide streets and plazas for the time, with streets systematically arranged to allow for elongation.

The streets are systematically laid out, but not rigidly squared, with most having gentle curves designed into them. Most of the grandest structures were completed during the 18th century, including the facade and bell towers of the Cathedral, the Colegio Seminario (today the State Government Palace), La Alhóndiga (today part of the Palace of Justice) and numerous private mansions. During the same time period, infrastructure such as the city’s aqueduct and various plaza fountains were constructed.

The Mexican federal government lists 1,113 buildings built from the 16th to the 20th century as having historical value. The buildings encompass the various architectural styles that have been fashionable in Mexico, but nearly all are built of pink cantera stone, which gives the city a unified appearance. Several measures were taken in the 20th century to preserve this part of the city. In 1956, the city enacted regulations to preserve the historic center’s colonial buildings. In 1990, President Carlos Salinas de Gortari issued a decree making the historic center of Morelia a national historic monument. In 1991, the same area was declared a World Heritage Site by UNESCO, which covers 200 of the area’s historic buildings.